Understanding Diabetes in Children and its Treatment 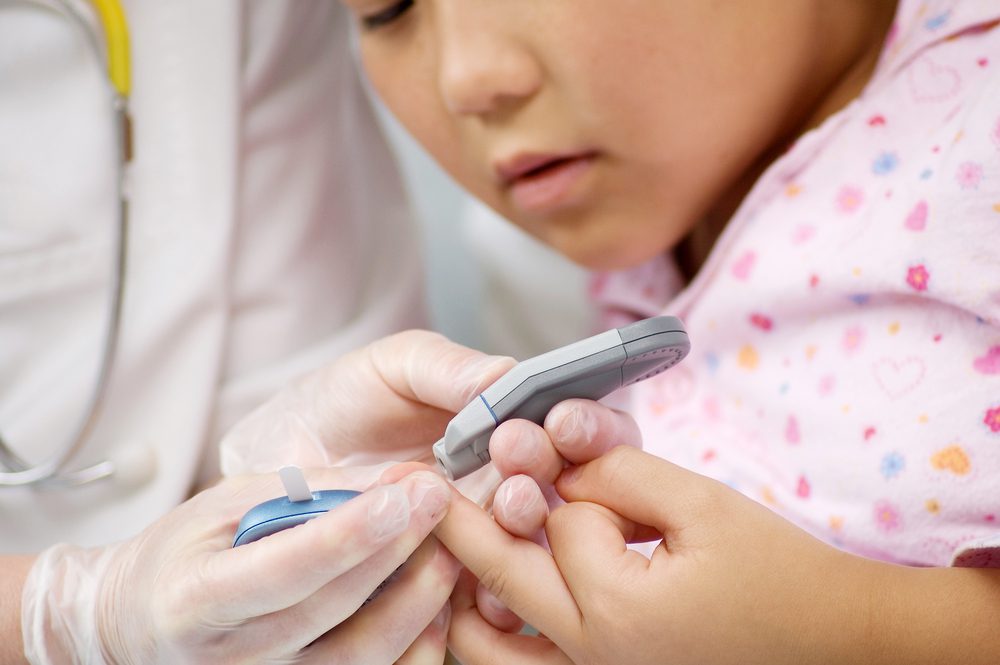 Diabetes mellitus affects millions of children and adults worldwide. It is a life-long disease for which there is no cure as of yet, although many clinical trials are researching possible therapies. There are two types of diabetes, labeled type 1 and type 2, each having different mechanisms. In children, the most frequent type is type 1 diabetes, which means there is an inability of their pancreas to produce insulin.

Insulin is an essential hormone for the inner balance of human biochemistry. It is secreted by the pancreas, and its role is to regulate our blood sugar. When we eat, the pancreas shoots out insulin that, broadly speaking, helps convert nutrients into energy. It helps absorb sugar from our bloodstream and either store it or break it down to produce fuel for our bodies to function.

With no insulin, the food is still broken down into nutrients, but they are no longer processed by the organism, which leads to sugar, more specifically glucose, staying in the bloodstream and increasing blood sugar. This can have serious consequences, both short-term and long-term.

What is diabetes, and what causes it?

Type 1 diabetes is a complete lack of insulin, whereas type 2 means that the tissues in our bodies are resistant to insulin. Both types have the same consequence, which is an increased level of blood sugar.

As mentioned, children tend to suffer from type 1 diabetes. The main cause of type 1 is autoimmune, meaning that the body produces antibodies against itself, more specifically against the cells that produce insulin, which destroys them. This is usually due to a genetic defect, and it can be triggered by any stress factor, whether it's psychological or biological.

With the basics down on what diabetes actually means, there are a few signs and symptoms to look for in your child that can point in the direction of diabetes.

Polydipsia means excessive intake of fluids. You may notice that your child is thirstier and drinking more water than usual, but more doesn't mean only a handful of cups more. It's a very specific sign of diabetes if your child starts consuming up to 10 liters of water a day. This happens because the increased blood sugar attracts water, which can lead to dehydration, and this is what causes an increased sensation of thirst.

In a nutshell, this means urinating more often. It can be caused by two factors. For one, the excessive intake of water can cause the need for frequent urination. The second factor is something called osmotic diuresis. Because of the high blood sugar, the kidneys are overwhelmed, and they let some of that sugar start passing into urine. The sugar in urine attracts more water, which leads to increased production of urine. This is another reason why the onset of type 1 diabetes is often associated with severe dehydration.

Dehydration has already been mentioned before, but it alone is not necessarily a symptom. It is, in fact, a condition by itself that can manifest through various symptoms. It can look like dry lips that are chapped and dry skin with more prominent skin folds. Your child may seem pale with dark circles under their eyes, and they can seem excessively sleepy. This is particularly important to look out for at this point because if the diabetes is not caught in time, the child can slip into a coma.

This is the symptom that confuses most parents because it can seem counterintuitive. A child eating more than they did before but simultaneously losing weight rapidly despite the increased appetite should be a very obvious sign to the observant parent.

If your child's breath smells like acetone, rush them to the emergency room because their blood sugar is probably off the charts. Acetone breath is caused by substances called ketones, acetone being one of them.

These ketones are a product of glucose degradation, so when the blood sugar is high, more ketones are produced. They are then excreted through the lungs, and it's what gives the breath that diabetes-specific fruity smell. At this point, you may notice that the child is also breathing faster than usual and more labored, something doctors called Kussmaul breath. The consequences past this stage can be fatal if intervention isn't prompt enough.

Diabetes is a condition that medical professionals have been aware of for many centuries. In fact, its first mention was by a few physicians in Egypt around the 6th century BC, who noticed the sweet taste of urine in a patient who was believed to have suffered from diabetes. And while it used to be fatal, it became a condition well within the control of doctors after the discovery of insulin in 1921.

Today, diabetes is a disease that can be well-managed, but it requires strength and great amounts of self-discipline, which can prove rather difficult for a child. History has proven that, undiagnosed or not caught in time, it can have dramatic consequences. The most severe one is called diabetic ketoacidosis, which means the patient's inner biochemistry becomes acidic, and they can fall into a coma. It is life-threatening. This is why it is important to pay attention to your child to ensure you seek medical attention on time, and they can start life-saving insulin therapy as soon as possible.